Every successful social media campaign starts with an key, often overlooked step – getting approval to try it in the first place.

As with most things in life, big success usually comes from trying new things and in order to do that the first thing you have to do is get the powers that be to sign off on your big idea.

1. Have A Fleshed Out Plan

Timing is everything and that’s especially true when it comes to how and when you choose to present your idea. It’s easy to get swept up in the excitement as you’re formulating the idea, but make sure you don’t present it too early.

While every single detail doesn’t have to be fleshed out before you present the concept, make sure you have enough of the details thought through to be able to present it in a thorough way as well as being able to respond to any questions you may get about it.

If you haven’t fleshed it out enough it will be easy for people to poke holes in it and you may find the idea killed before you even had the chance to solve what could have been simple issues.

2. Make Sure Your Idea Matches Their Goal

Let’s be honest: most companies are not exactly aligned on their goals. What you may think is important from a social media perspective isn’t necessarily going to be the same thing that your boss or others value.

Keep that in mind when you present your idea and be sure that the promise of your idea speaks to the goals of the person you need to approve it.

In many cases, this can mean speaking to how your idea will not only accomplish your own social goals (engagement, views, etc.) but how it will achieve non-social goals as well.

3. Explain How The Platform Works

Just like you want to present in a way that speaks to the company’s broader goals, you also want to explain things in a way that the person you’re pitching will understand.

In many cases, those people won’t understand social media or specific social platforms as well as you do so you should take that into account. Rather than losing them in the weeds of social jargon, translate your idea into terms they understand.

You also may need to teach them a bit about the specific platform you’re planning to use if it’s relatively new or off their radar. If you’re pitching a custom Snapchat filter concept to a person who knows nothing about Snapchat, take the time to show them exactly what it is and give them context for why you think it will be effective.

The more they understand about the platform you’re pitching, the more they’ll grasp your idea and the better your odds of getting it approved.

4. Show Why There’s Nothing New About Your Idea

This one may seem counterintuitive, but hear me out.

To make it easier for them, show them some examples of things other companies have done that are similar to what you’re trying to get approved. It doesn’t have to be the exact same thing (you can certainly take some liberties), but look for ways that you can show them there’s a track record for success for this kind of idea.

What you’re really doing is trying to assure them that your idea isn’t that risky and let them feel like their decision to approve it is justified. But at the same time, you also want to…

5. Show Why Everything’s New About Your Idea

You want to get your boss excited about the concept and the opportunity to reap the rewards and praise for doing something and accomplishing something that nobody else has done before.

Just like your boss is the one that has to take the risk on your idea, they’re also the one that will get much of the glory if it succeeds. Help them see that future and it will help you get clearance to go for it.

If the person your pitching is waffling a bit – sensing both the opportunity and the risk involved in your idea – you can nudge them forward by acknowledging that it could fail.

But in doing so, let them know that you’ve got a plan for that too. Explain to them what could go wrong and how you would handle that if it happened – which, by the way, is worth you thinking about when you originally flesh out the plan.

Any social campaign carries with it a bit of risk, so it’s better to acknowledge that than pretend it doesn’t exist.

7. Remind People The Point Is To Get Noticed

No matter what you’re trying to accomplish with your new social media campaign idea, it’s most likely that getting noticed by people is a big part of it.

It’s helpful to remind everybody involved that the way to get noticed is to do something different, something remarkable, something worthy of people’s attention.

Continuing to do the same things you’ve always done or that everybody else does in the same way isn’t going to get you noticed. Remind whoever you need approval from of that simple fact.

Another part of your approval conversation should be settling on clear success metrics for how you’ll measure the performance of your campaign once it begins.

Ideally, you can present some specific success metrics as part of your proposal and hopefully they’ll be based on the goals that you know matter to the person doing the approving. But either way, have a discussion about the metrics you’ll use to measure success because once you settle on those metrics, they might actually influence how you roll out the campaign.

If you have trouble getting approval for the campaign at the level you’d like to run it, try a small test run.

One of the big advantages of working in social media is the flexibility and speed it allows which makes it easy to adapt as you go.

If you can’t get approval for the full budget you’d like, take what you can get, start small, and show results. If you’re able to generate some quick success, it will be infinitely easier for you to get more budget to expand on your idea.

The same is also true for other non-budget issues. If your boss isn’t quite sold on a new creative direction, see if you can test it on a single social platform or during a down-time. Gauge the reaction to that new creative and if positive it will be much easier to expand it to more platforms or more high-profile social moments.

Once you actually get your new social idea approved, you want to make sure you share any early success you have with the people who approved it.

Don’t just wait until the end of the campaign to share the results in a report that they’ll likely tune out because it’s old news. Jump on whatever initial good response you have and update them on the progress.

This does a couple things. First, assuming the results are good it creates an opportunity to further amplify the initiative as it’s happening.

Second, it frames how the idea is perceived by others who may not be paying as close attention to it as you are. You know what they say about first impressions – well, this is your chance to deliver a strong first impression.

Finally, sharing the success of your campaign is actually the first step toward getting approval of your next “crazy” idea. The more you can build a track record of success, the easier it will be to get approval for what you want to do.

So if you do something that works, make sure people know about it.

Your Turn: How Do You Get Things Approved?

I’d love to hear your thoughts and experiences when it comes to getting approval for ambitious new social media projects.

image via Thumbs and Ammo 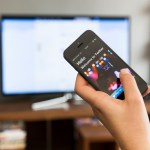 How Connected Hollywood Can Help You 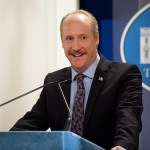 10 Ways Publicists Can Use Social Media To Better Serve Clients

Join To Get More!

Sign up below to get my free newsletter featuring bonus tips, special offers, and more!